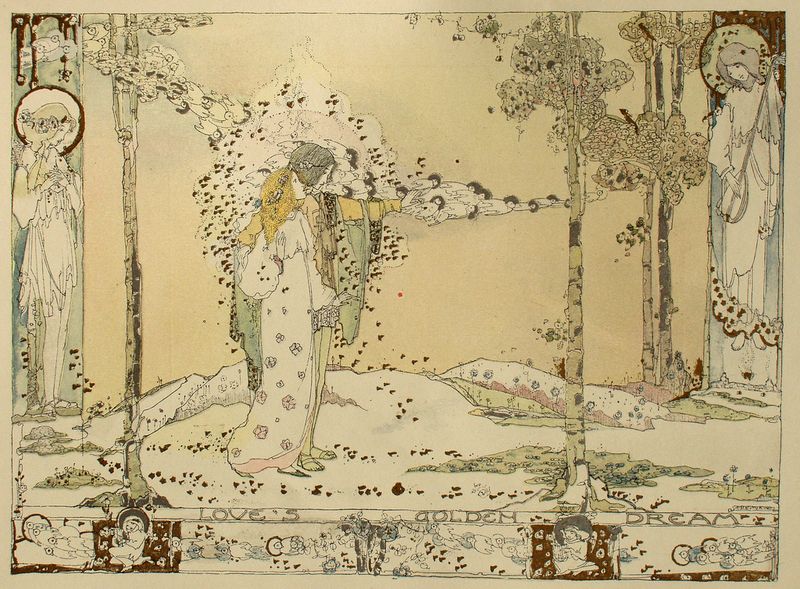 Although raised in a strictly religious household where she was discouraged from making art, the Scottish painter and designer Jessie M. King (1875-1949) not only managed to gain a good art education and to establish a long and successful career, but she it made her mission to inspire other women (through teaching, lecturing, and mentoring), encouraging them to believe in their creativity and personal right to pursue art careers. Her own work, rooted in folklore and fairy tales, was born out of an intensely personal vision, and played a part in the development of Art Nouveau; and, later on, in the Art Deco movement. 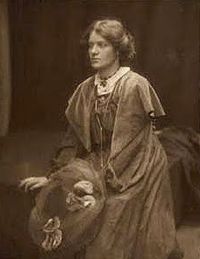 King was educated at the Glasgow School of Art in the 1890s, during it's heyday as a center of Art Nouveau; it was one of the few art institutions that admitted women at that time, and that took their work just as seriously as men's. She then taught at the school, while embarking on a career in book illustration and design. In 1908, she married fellow artist E.A. Taylor, and in 1910, the couple moved to Paris -- where they ran The Shearling Atelier for Fine and Applied Art (as well as a summer school on the Isle of Arran) until the First World War.

When the war forced King and Taylor to return home to Scotland, they settled down in the fishing village of Kirkcudbright. I tend to think of Kirkcudbright as the Chagford of its day, for it was home to numerous artists, many influenced by the Art Nouveau moment and (as was common in that movement) who also shared King's interest in myth, folklore, and magic. Both King and her husband viewed art-making as a quasi-magical, deeply spiritual endeavor...and King herself was an ardent believer in fairies. Her art, she said, came from her inner vision of the unseen world that resides within nature. 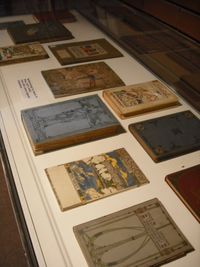 Green Gate Close, where King and Taylor lived, soon became an important centre for women artists, with King (as always) supporting and inspiring many other artists around her, while also producing an astonishing amount of gorgeous work herself.  Like William Morris (another hero of mine), she didn't limit herself to one medium but allowed her vision to flow into every corner of her work and her life. She painted, illustrated, wrote, designed jewelry and ceramics, was instrumental in bringing the art of batik to Great Britain; she designed textiles and metal-work and furniture and rooms, both alone and in collaboration with her husband.

Had I access to a trust-worthy Time Machine, of all the places and times I would like to travel back to, Kirkcudbright in the 1920s and '30s is high on the list...for although there are many arts circles I find fascinating (the Pre-Raphaelite circle of Morris and Rossetti, for example), it is rare to find one with a strong coterie of women artists at the center. I'd love to have been one of those young women showing up on King's doorstep, a portfolio under my arm.... 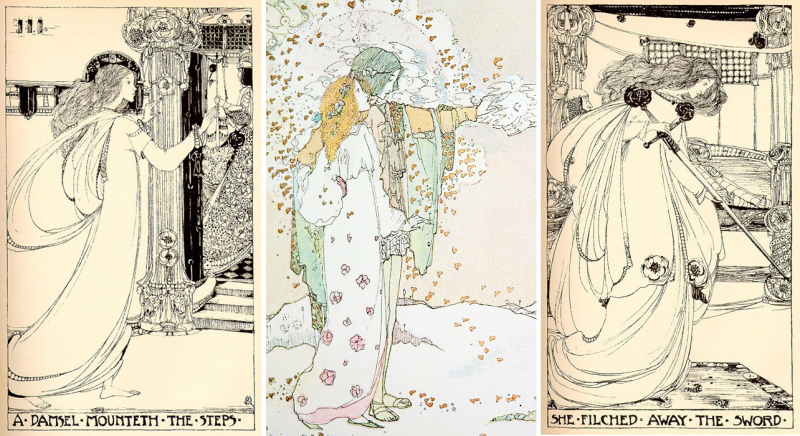 More information on Jessie King can be found in Jude Burkhauser's excellent book Glasgow Girls: Women in Art & Design 1880 - 1920. There's also a biography by Colin White, The Enchanted World of Jessie M. King, which sounds completely fascinating -- but alas, I can't vouch for it personally as I've not yet found a copy I can afford!  King's work can be viewed online on the Art Passions website, and on the Jessie M. King blog. It's also possible to visit King and Taylor's old home in Kirkcudbright, which is now The Greengate B&B. 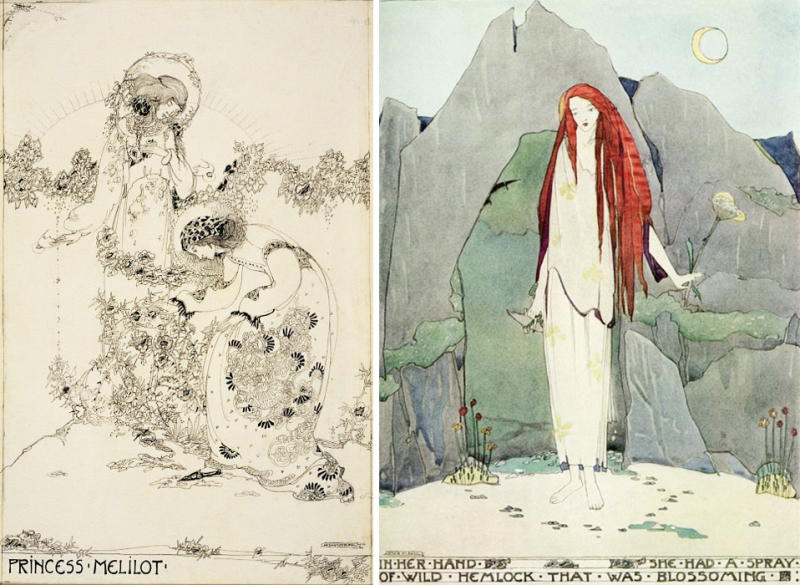 in Inspiring women, The Pre-Raphaelites and the Arts & Crafts movement | Permalink | Comments (11)

Thankyou Terri, I didn't know of this artist. I note she studied under Charles Rennie Mackintosh, who is one of my favourite artists. I've learnt so much from your very generous posts, and really appreciate it. The last pic. is really lovely. Do you know if it is mixed media? Her hair looks like fabric. I did try to find out, but haven't been successful yet. Thanks again, am really enjoying discovering what there is to know about this artist. ox

I think the last piece is watercolor, not mixed media, but I've never seen the original so I can't be sure. She was famous for using unusual colors and pigments in her pieces, particularly after she became interested in the work of the Russian designer Leon Bakst during her time in Paris:

Thanks for your kind words, Margaret.

ms. king is a new artist to me. very beautiful work, i have a soft spot for art nouveau, and her work is stunning.

this is brilliant stuff! thanks!! :) love it!

The Colin White book on herself is lovely, full of wonderful photos of her art and of her. I really must send you several of the later. When I first saw the photos of Jessie I felt such a longing to have known the woman pictured there. Also there is another book by Colin White, 'A Guide to the Printed Work of Jessie M. King' a bibliography of all of her work that includes a CD with 100s of images.

Thank you so much for spotlighting these amazing women artists. We should not forget that we have been lifted by them, and cherish and respect the time and latitude we have. I was unfamiliar with either of these wondrous artists you've highlighted, and now I feel so much richer!

I have a book about her work and find it beautiful.I agree it would be wonderful to go back in time and visit some of the fascinating circle of the past.Thanks for the lovely post Oh! for more inspiring women!!!!!

I have one of her small books, only in black and white, back in Scotland.

But it;s her contemporary, Phoebe Ann Traquair, who's work really knocks me over and I have a small piece of her art. I can stand before it contemplating it over and over.

Jane, I love Phoebe too!

I have to de-lurk on this post. Hi!
Jessie M King is one of my favourite "Glasgow Girls". I first encountered her work in the exhibition of the same name in the late 1980s when I was in Glasgow. The book of the exhibition is one of my prized possessions and a source of inspiration for much of my creative work, one way or another. Other favourites from the book are Olive Carleton Smyth and Margaret MacDonald Mackintosh - her "Opera Of The Sea" is just stunning.
Going back to lurk now :-)