Look what Tilly found on the hill behind our house.... 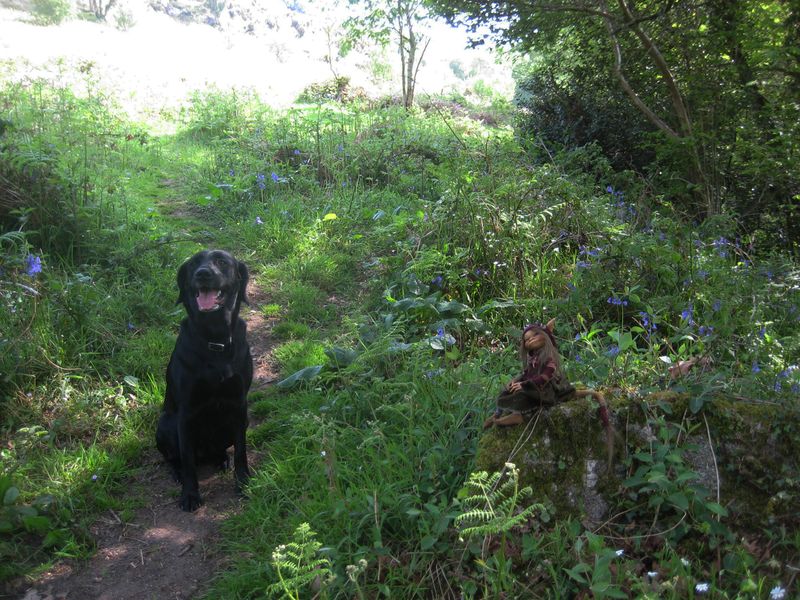 What a clever dog! Click on the pictures if you want to see them more closely . . . and visit Wendy Froud's enchanting blog to learn more. 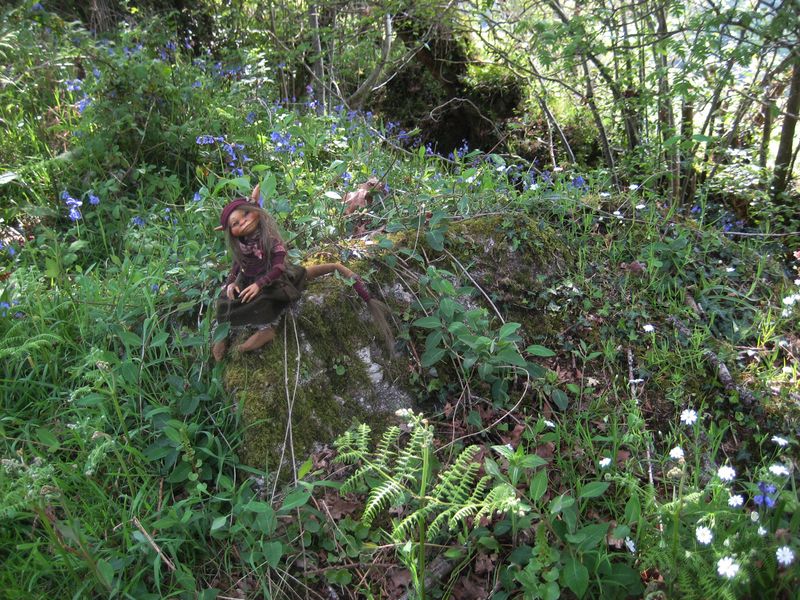 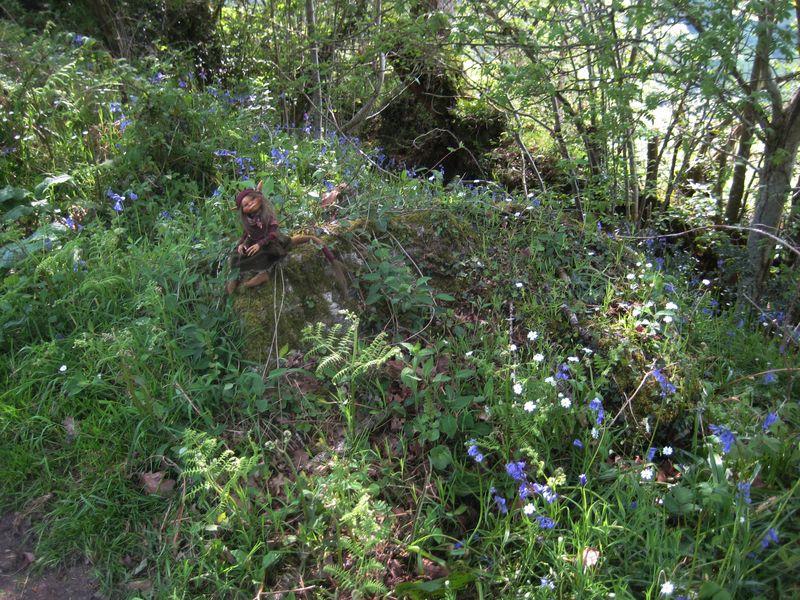 It's a four-day holiday weekend here in England, so I'll be out of the office now until Wednesday. This weekend marks the Queen's Diamond Jubilee, and although we're not a particularly Royalist family we're still looking forward to the local festivities, which are also a celebration of Dartmoor village life. Wendy and Todd (film puppeteer William Todd-Jones) have been making puppets with kids at the village school in preparation for a Puppet Parade on Saturday; the fabulous Celtic dance band Jiggery Pipery is playing in Drewsteignton on Saturday night; the annual Two Hills Race takes place on Monday morning (our hill being one of those two hills); both Howard's bands (Nosy Crows, the alt-folk band, and Cuckoo Club, the alt-swing band) are playing Monday evening in the village square; and there's a proper Devon Cream Tea for the entire village on Tuesday, among sundry other things. Tilly and I will be there with bells on. (Literally? You never know...) Fingers crossed for good health and good weather. 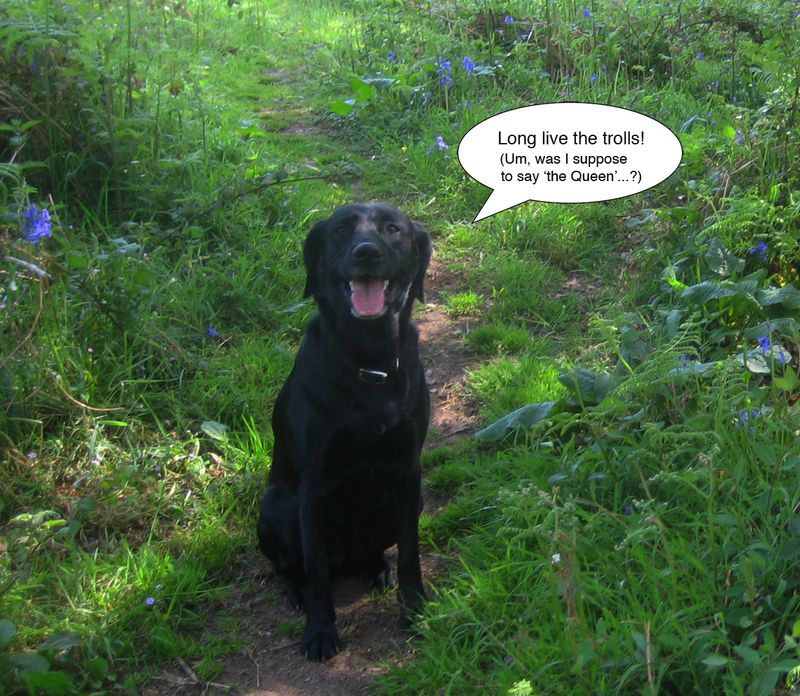 Ah--That Tilly! She just knows how to make the whole world smile. What a talented canine!!! It's June and all the people singing!

This is my first time i visit here. I found so many interesting stuff in your blog especially its discussion. From the tons of comments on your articles, I guess I am not the only one having all the enjoyment here keep up the good work.

Love that Tilly found the Troll girl! Have a good weekend and enjoy the puppets.

Tilly needs a wee crown of flowers! She looks so utterly happy! Have a wonderful weekend and yes good weather abound!!!!!!

HA! Great... have a wonderful celebration ( of trolls).

Sounds like you have a wonderful weekend ahead! I love magical woods where trolls and fairies live... unfortunately, our country doesn't have much of those woods anymore and I guess the troll moved across the North sea to live in your country... try saying 'hallo daar', and they might answer in Dutch!

You know the funny thing about those bells....
Traditionally, as I am sure you know, wearing bells was a method to keep the Good Folk away. However, all the Faeries I know wear them? Curious isn't it? At the faerie festivals, the air tinkles and rings with the sound. On ankles, laces, and wings. A sprinkle of delight. I can know who is coming around the corner, by the music of their gait, as each Fae has a differing step, like dancing all the time. I have always wanted to write a little story about this, how the opposite may be true. When did this get turned on it's ear, where the wearing of bells, became a way to invite in the joy and playful spirits of the Fae? Perhaps if one turns their clothing inside out, and wears bells upon their shoes, the mundane folk will think you mad, and keep their distance, allowing a bit more peace.