Moveable Feast update
Made true by the telling

Tell all the Truth, but tell it slant 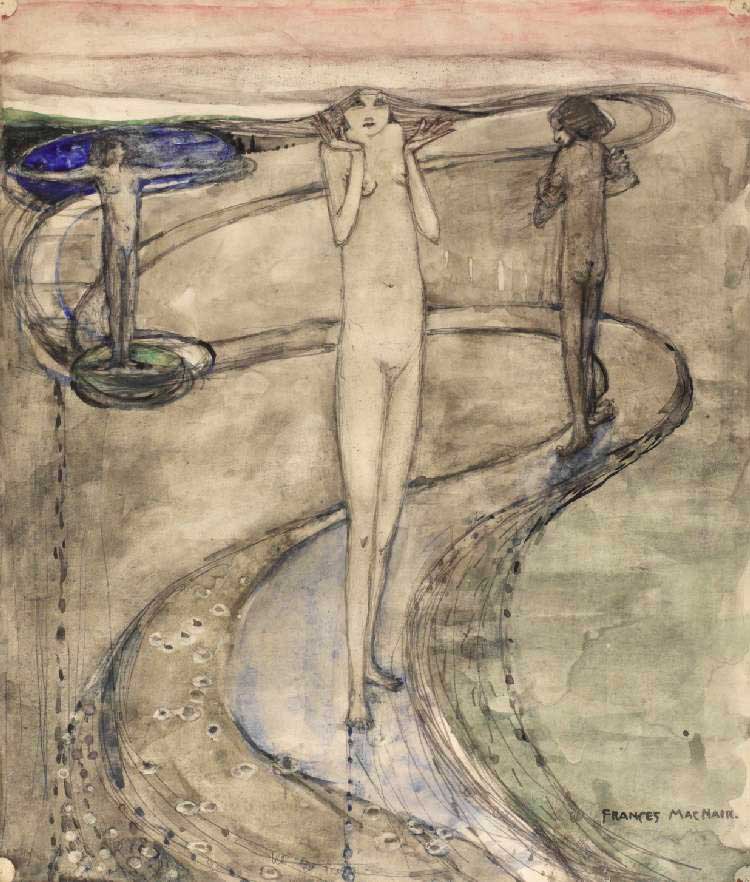 "Fiction writers, at least in their braver moments, do desire the truth; to know it, speak it, serve it. But they go about it in a peculiar and devious way, which consists in inventing persons, places and events which never did and never will exist or occur, and telling about these fictions in detail and at length and with a great deal of emotion, and then when they are done writing down these pack of lies, they say, There! That's the truth!

"They may use all kinds of facts to support their tissues of lies. They may describe the Marshalsea Prison, which was a real place, or the battle of Borodino, which was really fought, or the process of cloning, which really takes place in laboratories, or the deterioration of personality, which is described in real textbooks of psychology; and so on. This weight of verifiable place-event-phenomenon-behavior makes readers forget  they are reading pure invention, a history that never took place anywhere but in that unlocalized region, the author's mind. In fact, while we read a novel, we are insane -- bonkers. We believe in the existence of people who aren't there, we hear their voices, we watch the battle of Borodino with them, we may even become Napoleon. Sanity returns (in most cases) when the book is closed.

"Is it any wonder that no truly respectable society has ever trusted its artists?"

- Ursula K. Le Guin (The Language of the Night) 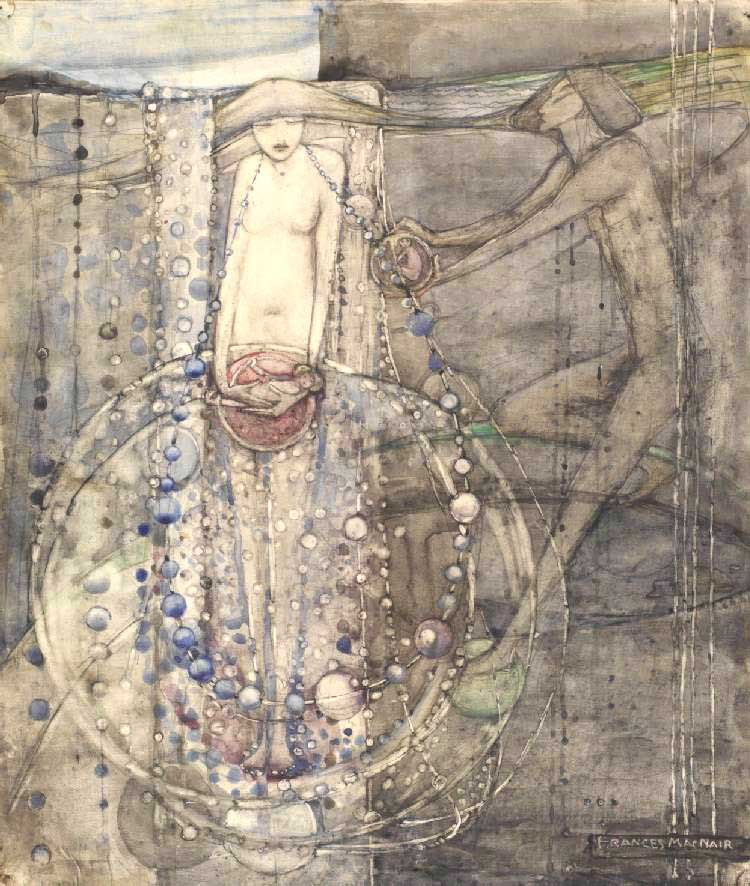 "Fiction is Truth's eldest sister. Obviously! No one in the world knew what truth was till someone had told a story."  - Rudyard Kipling (A Book of Words)

Lord,
let me be brave. And let me, while I craft my tales, be wise.
Let me say true things in a voice that's  true,
and, with the truth in mind, let me write lies.

- Neil Gaiman (from his poem "A Writer's Prayer") 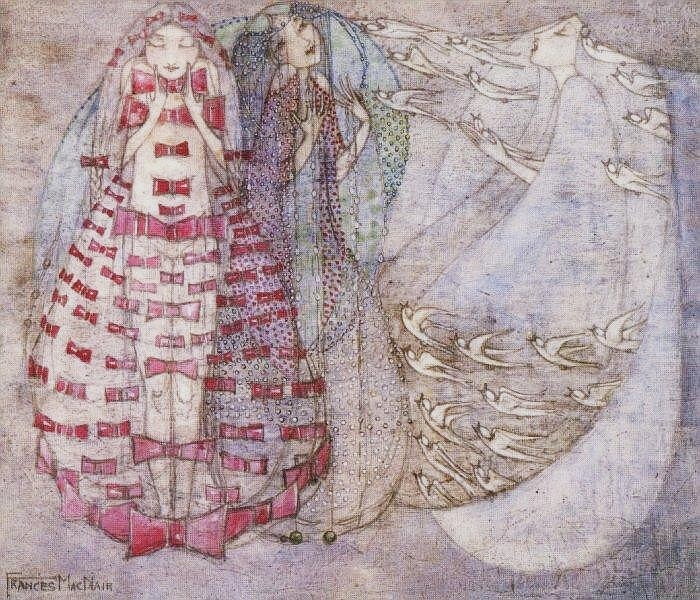 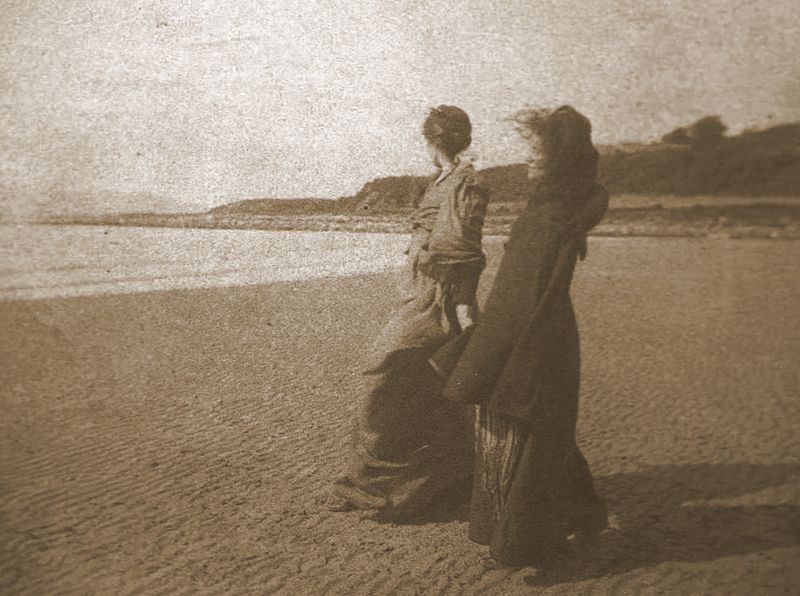 The three paintings above are by the Scottish artist Frances MacDonald MacNair (1873-1921). More information on Frances can be found on this 2007 post on the JoMA blog. The photograph is by Charles Edward Raeburn, published in The Magazine in 1894. The title of this post comes from the poem "Tell All the Truth" by Emily Dickinson (1830-1886).

in On writing, Recommended art, The Pre-Raphaelites and the Arts & Crafts movement | Permalink | Comments (11)

A pack of well crafted lies in the hand is worth all the raw truth in any bush! Oh how I love these paintings, and most of all--the photograph of those two windblown women on the beach!

beautiful, beautiful art....for some reason it surprised me that the artist is one from the distant past....

this whole concept of truth and lies makes me smile...my nine year old daughter who is already showing herself to be a talented writer, often tells me elaborate stories surrounding "events" (and we both know what she's doing, she just can't help herself) -- crafting the fibs in such intricate detail that we are both amazed and delighted at her spin on things...so much so that the truth doesn't really matter anymore and all wrongdoing is forgotten. :) I feel blessed that she's a truthful child when it really does matter....

'tis a gift and a curse all at once, i think -- i, too, tell myself such stories, convincing myself of things that simply aren't true...often to my own detriment...

Before you read this poem, know "Tell ALl the Truth" is my favorite of ED's, and she is my favorite poet, but I have no illusions about her (my neighbor, two towns away). She emotionally mis-managed the lives of those around her. They were all enslaved to her poetic muse. She created (whether purposefully or not) the myth of the Myth of Amherst. But the muse-driven often do this in aid of their Mage, Magic, Imagination. I am painfully aware that I do it, too.

On the Slant, You Say

On the slant you say, Emily,
as if you ever knew the truth,
the Dickinson life, or the telling of it,
tissued with lies. The behind doors,
Myth of Amherst, with you passive
aggressively running and ruining
your family so you could write.
Only Carlos stayed safe, your precious ally,
needed only for walks in the garden,
across the lawn, visiting a hedge away
where your sister of the heart wept the cruelty
of your brother that you helped enforce.
They suffered for your poetry
that we all might rejoice in it.
The artist’s trade which we make
and remake daily.

This is chilling and it is true. It's my guess you have read "Lives Like Loaded Guns,"
the biography by Lyndall Gordon. It's a stunning tale. I hope these daily poems will
be published. They are swift in many ways. LIke swooping birds of many species. Thank
you so much for them.

it's all about telling the stories... & making them real and making them real is helped a lot by taking the writer/poet/artist out of the picture so the tale speaks directly to the reader... think of the pop songs that speak straight to your soul that are the soundtrack of your life... those words seemed written just for you at that particular time and just hearing one opening note takes you straight back there and a good song (or poem or book or painting or movie) can so do that for millions of people all aoround the world... for me it's Joni Mitchell's "Coyote" ... the coyote she wrote about was hers but I know & remember mine so well through the words & rhythms of her song... & on the slant? well... I don't know I think it's just really important to get whatever needs to be said out in the best way possible & it's so hard to make anything understood even when witnessing the same moment... so I think it's best to be as clear and concise as possible and not worry about the lies they happen in the translation...

well Old Man Crow has just woken up (he's the writer in this house) and said well you do have to tell the truth from out the corner of your eye... it can't be looked at it too directly or the glare will burn it away... I just looked at him and thought "Man, you so get it..." that's exactly what Emily Dickinson wrote in her poem (he hasn't read it yet will wait 'til after he's had breakfast)

I was not aware of this artist. Thank you for bringing her into my world! Can't wait to look her upon the internet and read all about her.

It's a book on my To Read table.

As to my poems, some are here, some are there, I have a bunch I am about to try and place about writing called Blue Line, though poetry is always a hard sell, as we all (alas) know.

PS Oh and this is a first draft. I have done some revisions.

I first heard this quote earlier this summer at a writing workshop led by Natalie Goldberg and Wendy Johnson-they were talking about the quote and the way that it resonated with their conception of writing as a practice just as Zen sitting is a practice. I feel that the truth is why I personally write, but the meat is in the telling and a story cannot simply be, this now is the truth...we have to take a winding road, a long journey, eat a few apples before we get there-otherwise we won't catch it.

Hello Terri, I come as a messenger bearing truths other than that indicated. The photograph of the two women on the beach was published in 'The Magazine,' the journal of the Immortals, in 1894 with the inscription "Chas. Ed - Raeburn."
This is a photograph by Charles Edward Raeburn and the commentary suggests that the subjects in the photograph are possibly his sisters Agnes and Lucy, the girl on the left resembling other contemporary photographs of Agnes.
Lucy Raeburn was the Editor of 'The Magazine.'
The site of the photograph is unidentified.

It would be lovely to think it were Frances & Margaret Macdonald.

'The Magazine' has been digitized by the GSA and is wonderful!
It can be found here
at http://www.gsathemagazine.net/index.php
Regards,
Andy.

Thank you for that, Andy. The photo was mislabeled in the place I took it from (an article on the Mackintoshes and MacNairs) and I appreciate the correction.